I wanted to clue you into some details around a few recent releases.

As I am sure you already know. macOS Big Sur was officially released. With it comes a completely new style that makes macOS Apps feel a little more like iPad apps. Which Pullwalla macOS now supports. 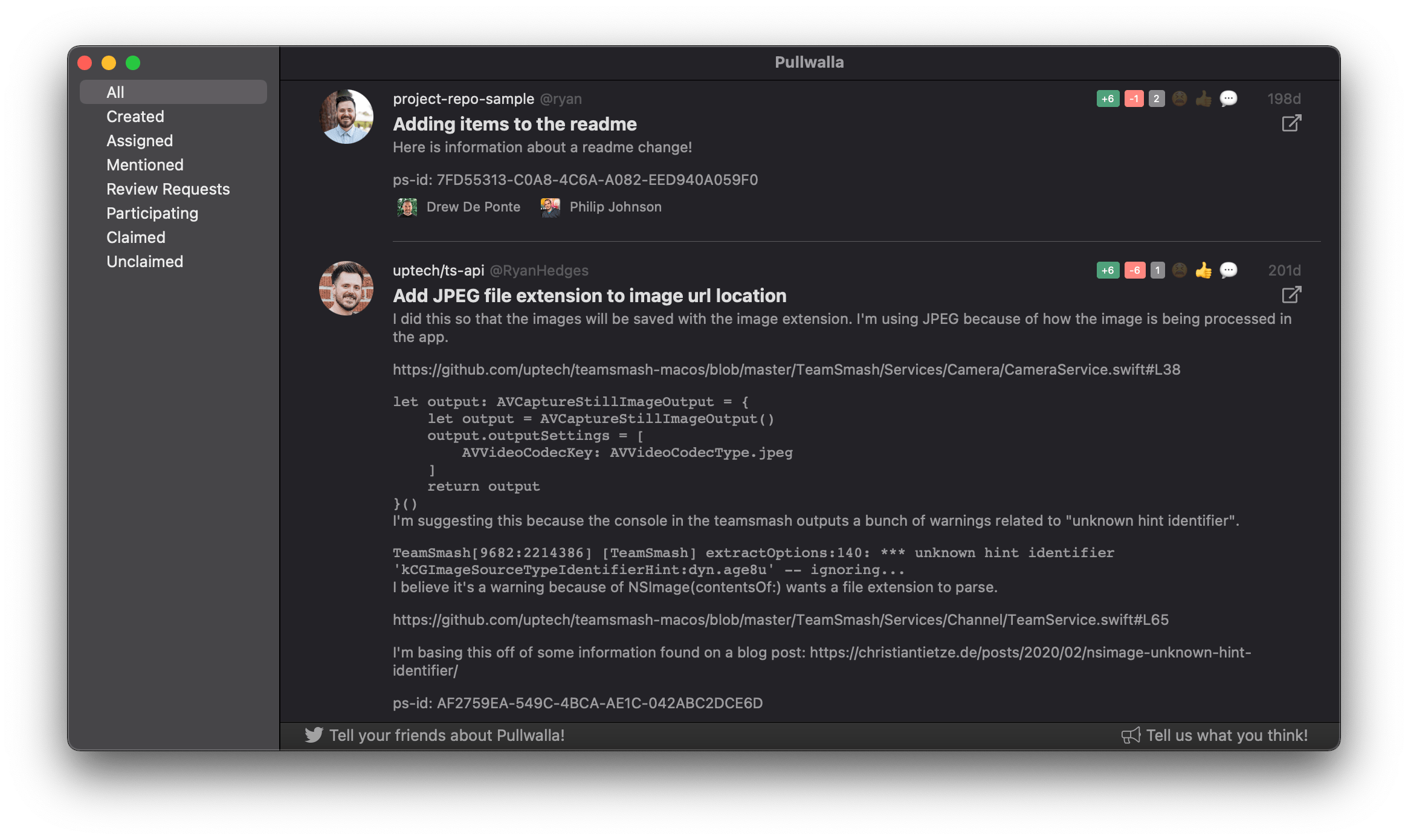 One of the ongoing challenges that we have had all along is the lack of documentation across the various platforms we support. This results in JSON decoding failures on our end, in turn causing a PR or two to not show up every once and a blue moon.

We are constantly addressing these issues as we discover them to make sure you never miss a PR. These releases are no different. Combined we addressed five such issues making sure Pullwalla never misses a PR.

Pullwalla iOS v1.3.2 & v1.3.1 were released addressing the same missing pull requests issues as above in the macOS release.

These Pullwalla releases on both macOS & iOS mark the beginning of a new age where we have started building cross-platform UI components using SwiftUI.

These releases now use a shared SwiftUI View between both Pullwalla macOS & iOS for adding a Bitbucket Server Account.

This is just the beginning as all the new features & UIs we are building are being done with SwiftUI. Also any views that we have to adjust or rework are being done in SwiftUI. This will help us bring the same set of features to both Pullwalla macOS & iOS.

As always, we’d love to hear from you.